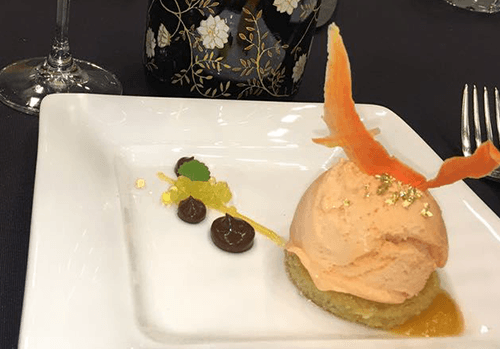 This article originally appeared on Hired Belly on March 4, 2017.

D’oro Gelato: A moment in the sun

Vintners Brunch is a bit like that favourite item on a restaurant menu. It might feel a little bit dated. Maybe it needs a freshen up now and again. However, tweak it too much and you’ll be in trouble.

What’s more, for the lucky few (well, 450 or so) who have it on speed dial, it’s the ultimate festival wrap party. When the festival releases tickets, Vintners Brunch is still the first event to sell out.

It all comes down to this: VB is one great party, held in an amazing venue. Furthermore, the major draw is a cornucopia of dishes paired with some good wines. Not to mention Rueben Gurr and his Stolen Moments band. They alone over the years have helped shape one of the week’s liveliest events.

However, behind the scenes a more serious scenario unfolds. A rigorous judging is underway to decide the best food and wine pairing. This is a “blind” judging, meaning nobody knows which chef’s plate is on the table. And nobody has access to the event program.

As a judge from Day One,  it’s been rewarding to watch the quality and sophistication mature. The original idea behind the judging was to raise the tenor of the event. To try to turn the pairing aspect into a little more serious undertaking. And to recognize the skills of chefs and somms who participate.

Every year somebody unexpected pops up in the top three. I’m not sure why that is, as there’s a truckload of experienced talent in the room. But it is refreshing. And, consequently, a great way for young chefs to get some exposure.

Even though, as always, the emphasis is on savoury plates, this year a dessert won best food and wine match.

When the last dish was cleared and the numbers tallied D’Oro Gelato grabbed top spot. D’Oro Gelato’s Giorgia Zanone and Gaspar Jovino Brites came up with a wicked BC Carrot and Citrus Sorbetto served ‘a la Piemontesina’. It was matched with Mondo Del Vino Acquesi Asti Spumante DOCG NV. The pairing was perfect.

Giorgia has some experience with the festival. D’Oro offers free samples of their gelato in the International Tasting Room, next to Caffe Umbria. I have been known to enjoy the occasional affogato mid tasting…

When invited to create a dessert in Vintners Brunch she jumped at the chance.

Participants are offered a few wines with which to work. Zanone says she chose the Asti over Port. And gelato was a natural choice.

“I’m from that region and know that wine. I thought I’d like to try it. Why not?”, she says.

I like her style. Plus: These guys are good…

“We made the dessert two times and decided the pairing worked,” she says.

When D’Oro Gelato’s dish arrived, even before we tasted, we were charmed. The presentation was precise and exquisitely garnished.

However, this was more than just a pretty plate. For the sorbetto Zanone used carrot and mandarin with a sponge cake base. On the side was honey and saffron ‘caviar’, milk chocolate filled with Cointreau, and candied almond. The piece de resistance was perfectly crispy carrot chips, which had been poached and dehydrated. Finally, The duo went the extra mile by making a non-dairy and gluten free dessert. That in itself was a smart move considering the number of people in the room.

The choice of ingredients was a perfect match for the floral, fruity and gently citrus elements in the wine. What’s more the lightness of the sorbetto’s texture also played nicely off the weight of the wine.

Giorgia Zanone attends Northwest Culinary Academy, from where she’ll graduate in May. She is the pastry chef at D’Oro on Denman St., where she works with Gaspar Brites. You could say he has gelato in his blood. He’s an Italian trained and certified Gelataio, who has worked in Italy, Switzerland, Portugal, and now (lucky for us) in Canada.

It’s unusual for a dessert to to come out on top. Although, the academy did win before with a dessert, in 2008.

“I never expected to win, for sure!”, she laughs.

Not only did they get all the glory. The pair won $3,000 US in Delta Airlines vouchers.

You can find them in Vancouver  on Robson and on Denman streets—and likely at next year’s wine festival!

Thanks to a wicked crew of volunteers, everything runs like to clockwork. Because of that, the panel is able to judge one dish with its paired wine every six minutes.

As a result, the judging adds up to two hours of non-stop tasting and scoring. At the end is a brief discussion, before announcing the results.

It’s probably not the most leisurely brunch. But it is always tasty, interesting—and surprising!

In conclusion, sincere thanks to my fellow judges for being such a collegial group. Moreover, extra appreciation for not being anti-Asti snobs. 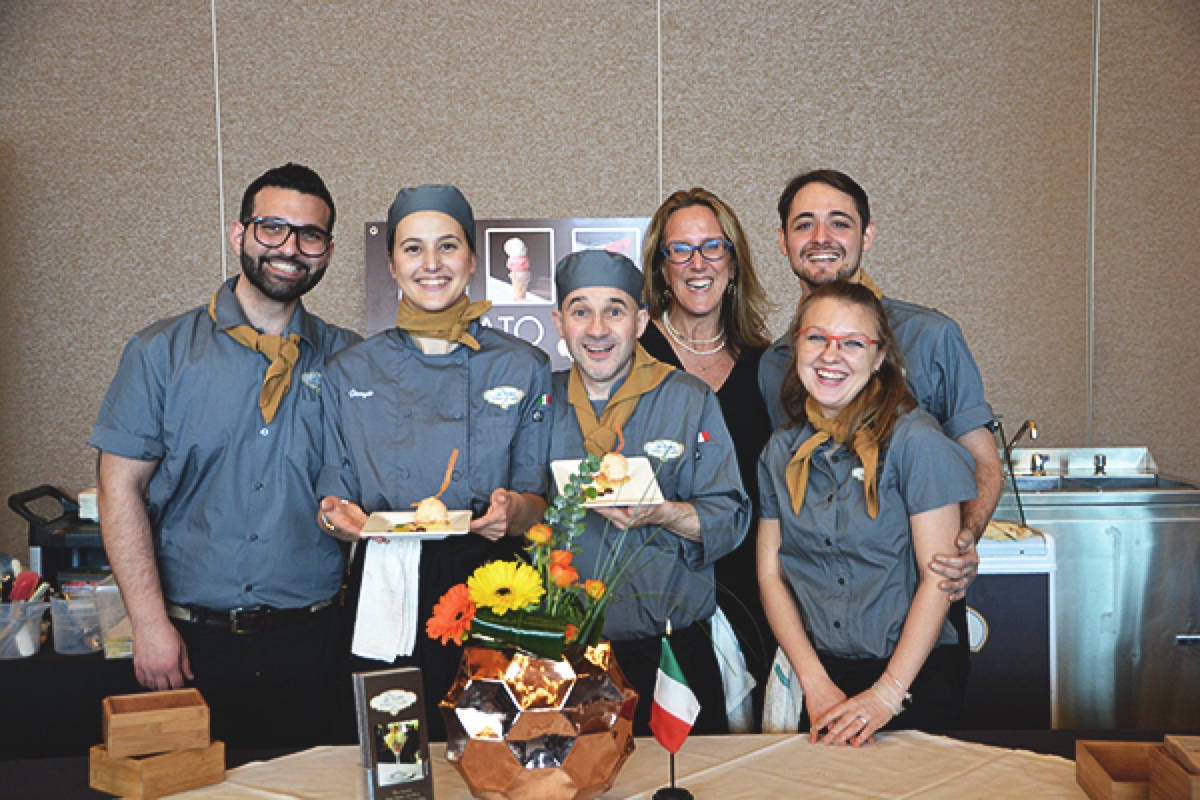 This article originally appeared on Fabulously Frugal in Vancouver on March 28, 2017. Sometimes the ... 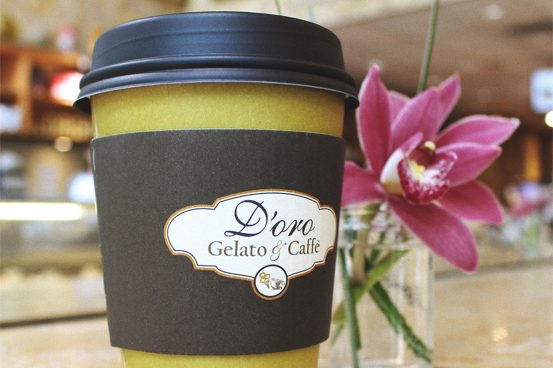